Want more DUST? Check out the latest short film "LIMBO" and get lost with us: https://youtu.be/HBxiEpIMSQY One man's search for his kidnapped daughter causes his reality to unravel.

First Corinthians 15:51-52 "In a moment, in a twinkling of an eye" First Thessalonians 4:16-17 "...and the dead in Christ shall rise first; then we who are alive shall be caught up together with them..." Technology of God

They honestly probably are. There's no point going on a rampage across the galaxy😂

A first contact ok way above my pay grade lol

THIS IS BAD. I'M GOING TO MAKE SOMETHING BETTER.

This had some Elite Dangerous vibes

A film that depicts extraterrestrials as anything other than paranoid warmongering planet harvesters?

This is pretty fucking awesome!

Anomalies Reporting from outer ringworld overseer: 1Q. We have found a primitive spacecraft designed by a unknown species. It appeared about 15 seconds ago in the neutron star system #44, where Ringworlds of our empire is located. Shall we investigate about this alien spacecraft? 1A. Yes. Investigate it immediately. 2Q. Our 2 DSP(Deep Space Probe) is approaching the spacecraft. It seems to be using warp methods for FTL. The spacecraft is shattered because of the damages caused during Warp FTL. It seems unlikely that there will be survivors. Shall we do a scan? 2A. Poor primitives. Warp is a very unstable methods for FTL. If the pilot's body remains, we will have the opportunity to learn more about this species. Scan it. 3Q. Surprisingly, the pilot of this spacecraft is still alive. He's muttering something, but we don't know what it means. The spaceship seems to be getting broken. Should we step in for a friendly first encounter? Or, we can just watch him without intervening. 3A. If he is alive, We can save him by using our probes. Use the decompositioning beam to save information of this entity. Analyze the information to reveal where this species origins. After we get full analysis, we can return this entity to his own species. 4Q. We have obtained the genetic information of this species and the mechanism of this species' body. We also reasoned of their level of technologies, and get the rough coordinates of their homeworld through the information we extracted from the entity's brain. Please allow this pilot to return to their homeland in accordance with the space rescue protocol. 4A. Permission granted. Send the probes through wormhole.

This truly is a great piece of cinematic art 🙌🙌

Im waiting for this movie to come out!

make a full movie with this storyline

Man, i love the acting, love the effects but the narrative? "Ok, here's how we convey our message: there's gonna be a cliche wise old aliens, who are quickly going to act out what we want them to because wisdom is when you agree with the screenwriter. How do we convey that they are wise and good? I fail to see the importance it already says it right here in the script. Ok, if you insist we can have them act like smug bags of shit with little to no redeeming features shown on screen (except the returning to the family scene, that was pretty cool) so you know they are old and powerful"

The agony of great short films like this is its like tasting an amazing apetizer and then being pushed out the restuarant.

I think 🤔 you use houdini for vfx am I right

This was aliens saying STAY HOME, FIX THIS FIRST!

FTL notwithstanding, how did they do the real-time comes? no subspace relays

@Gerald Britton Yeah, when he deploys the sattelite over Mars, they call it an "entangled sattelite" and said it would allow real-time comms between Earth and Mars :)

@Jimmy O'Rourke Did they mention that? Totally missed it.

They had quantum-entangled comms devices. I've actually wondered why that doesn't show up more in scifi

Message: Return the dirty and useless to its place of origin.

So we're all in the Truemann show but don't know it?

The notion that there are interstellar daycare workers out there who will put us back in our playpen when we manage to escape is oddly comforting.

We are living in a zoo and the owners don't wanna let us out 😎 He reached to the edge of that zoo.

If he was going with the speed 1.5C , wouldn't he be travelling back in time ?

Well the time dilation would make it seem shorter for him but more time would have passed on earth. Idk a lot abt this but for example if it was 5min for him it was 15min for earth

They ripped the commander.

Very realistic crying at the end.

The makers actually managed to make a short film boring and cheesy........unbelievable.

She was lucky her husband wasn't Brad Pitt.

If an advance alien species made contact with me, I'd be stoked. If they granted powers, I'd be Superman. My 1st mission would be to cut all Fox and CNN coverage around the world. Humanity preserved.

Getting some strong unicron vibes

way to make sure they dissect the guy

Seems like if he traveled to Mars and back above the speed of light his kid ought to have been at least 18 years old.

Mars is between 3 and 23 light minutes away from us, depending on where in the planets orbits we are.

That's the issue with touchscreen controls, no physical backup if the screen freezes

I love this but everytime I watch it I get more annoyed he never puts his damn helmet on!

Great film! I've seen this short before. This is second viewing. When he returns to his yard and is hugging his wife you see that it is somewhat a holograthic projection of whom he was. See the rippling on his cheek that quickly vanishes. Somehow his self was returned but in another form of "body".

You deserve more than a like. That's why I subscribed!..

Spacesuit and no helmet?

The people who made this master piece should continue the story. This is better than anything Hollyweird has done.

Personally I was waiting for the farscape ship moya to appear

Alien A to Alien B: Goddamn it KGFD*$&GJ the humans are trying to go beyond light speed again! I told you we should've reset them!

Man! This was awesome! I need a Netflix series from this! Congrats! Every frame are beauty!

He should have aged a lot according to the theory of relativity.

I had goosebumps, wonderful film

This is so beautiful, so unbelievable pretty - I really love the idea

Ok this is a WAY better first contact than startrek lol

Welp... looks like aliens are nice to us and care about heroes in space lol.

I was under the impression you needed a much lower BMI to meet the minimum requirements for space travel. There just might be hope for me after all!

So what happened in the 21 hours? All travel? or?

....His recording device recorded on Static! 18 hr of Static

Best sci-fi short film I ever seen but last 5 minutes plot is disaster.

As much as I love sci fi it has to be at least partially believable. The laws of motion cannot be suspended even if warp drive is possible someday. It will take  as much energy to stop a space craft as it does to accelerate a spacecraft. you would never be able to just come out of warp and stop on a dime. The spacecraft and all occupants would be burnt to a crisp with the heat that would have to be dissipated for a sudden stop.

Don't get me wrong though. NASA is doing an outstanding job. I don't remember the launch at age 5. My brother did. That was like, many moons ago. When you make it to Mars. I hope you all will be able to establish an outpost.

This is a great short. Well done, subscribed. But yikes, he's a reproduction and an alien spy. 13:50

NASA has come along way since Saturn V3 Rockets. I don't think NASA should abandoned them. But, if you were place super conducters around high powerd magnets and have an Atom that you can control in constant motion. Could produce anti gravity in a shuttle like vehicle. Power for thrusters, energy for inhabitants, oxygen and space travel

Yes This can be achieved. We have technology and ppl who are qualified, to design, construct a hyper drive system that can produce more than enough power

Only pure true love has the opportunity to move foreign civilizations to help the earth---the current earth is in a so-called "highly terrifying state". If nations have emotions or judgments out of control with each other, the earth may be finished immediately.

Worse astronaut ever. Wearing a pressure suit and no helmet.

That does not make any sense, his family would be either dead or very old by the time he was returned to them

second time watching this still gets to me, amazing. ಥ_ಥ

ok.. that was better acting..plot..everything than 99% of whats come up on youtube or at cinemas n tv.. weres the rest..we need more! great job to the creators! 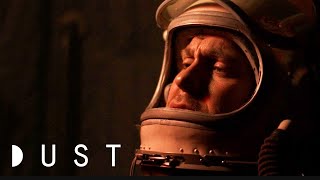 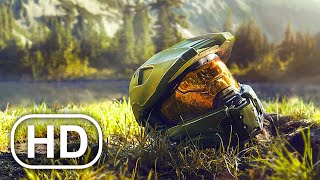 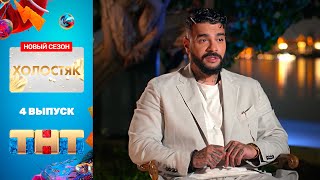 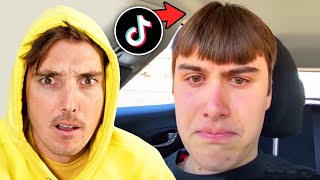 TIKTOKS you need to watch 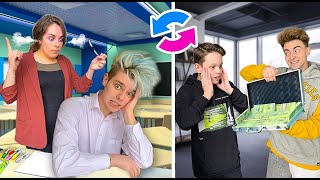 TIMELAPSE OF THE FUTURE: A Journey to the End of Time (4K)

LIFE BEYOND II: The Museum of Alien Life (4K)

TIKTOKS you need to watch

My Thoughts on Reality Shifting